The death penalty is known as capital punishment. The word “capital punishment” is made of de capitation. It means to cut the upper part of a body. It is connected with capital offence i.e. a crime punishable with.

Capital punishment is, perhaps, as old as mankind itself. It was regarded as the ultimate weapon to do away with the anti-social elements disturbing peace and tranquility in the community. In England, during the reign of Henry VIII, many thieves and vagrants were sent to gallows. In India also, the condition in respect of death penalty in those days was also same. Even during the reign of King Ashoka, the severity of punishment remained unchanged. The great epic “Mahabharata” also contains some glaring examples. The conversation between King Dyumatrena and his son Prince Satyavana reveals the rigid view of the king regarding capital punishment. According to Manusmriti, cruel methods of punishment create terror in minds of people. Plato, on the other hand, adopts a middle path and opines that the criminals who act against society should be put to death in the larger interest of society.

If we go through the history of crime and punishment, we come across harrowing tales of inhuman tortures inflicted on offenders by way of death sentence. The death penalty was carried out through fire, drowning, crucifixion, hanging, stoning throwing in bailing ails, using sharp-edged weapons like swords, axe, breaking on the wheel etc. The main objective of such inhuman forms of punishment was that the offender should realise his guilt, repent and pay for his crime.

Almost all the systems of the world, provided death penalty to the offenders.

3. Should it be abolished?

Many N.G.O. (Non-Government Organisations), many Human Rights activists and many countries are trying to get the capital punishment abolished. They are giving following arguments:-

The above mentioned arguments are given by the persons who advocate for the abolishment of death penalty.

4. It should not be abolished:

The protagonists of retention of capital punishment argue that if a person takes the life of another human being, his life should also be taken away. In keeping this view, the feelings of vengeance of the relations of the victim are assuaged if the accused is put to eternal sleep.

The offenders of heinous crimes are put to death because there is no chance of improvement.

The habitual rapers, habitual dacoits, professional killers are a great danger to the society so they should be put to death.

Victor Hugo has said that, “Crime to be redeemed by remorse, not by the axe or the slip-knot, blood is washed away by tears, not by blood.” But it is also right that lenity (mnkjrk) proves to be producing terrible consequences.

The sixth U.N. Congress on the Prevention of Crime and the Treatment of Offenders held at Caracas in 1980. The issue relating to the death penalty was discussed at length. The representatives of both the abolitionist and the retentionist countries forcefully presented their view paints in support of their respective positions. However, most of the delegations did not agree to the suggestion put forward by the abolitionist countries.

In India, the Indian Penal Code provides for the death penalty under Sections 121, 132, 194, 302, 303, 305, 307 and 396. In India, life imprisonment is a rule while death sentence is an exception. According to Section 354 (3) of Cr.P.C. 1973, when the conviction is for an offence punishable with death or in the alternative, with imprisonment for life or imprisonment for a term of years, the judgment shall state the reasons for the sentence awarded and in case of a sentence of death, the special reasons for such sentence. As a safeguard against any arbitrary summary trial in such cases the Code of Criminal Procedure lays down an elaborate procedure regarding the imposition of the death sentence. Section 366 (1) of Cr.P.C. provides that the court passing a sentence of death has to submit the proceedings to the High Court for confirmation of death sentences.

Bachan Singh vs. State of Punjab, 1980 Cr.L.J. (SC) – The Supreme Court observed that the death sentence should be awarded in rarest of the rare cases.

Article 72 and 161 of Indian Constitution make provisions for pardon of death sentence even when it is confirmed by the Supreme Court of India.

Thus in India, the position is that the death sentence is awarded only in exceptional cases.

7. Experience of some Nations:

It has been recently reported in the press that in a number of States in the USA capital punishment has been reimposed. In 26 states, even juvenile offenders have been sentences to death and a number of them are in death row. Pakistan is also reported to have proposed to introduce hanging in public to stern the wave of violence and lawlessness. The problems of drug trafficking and drug abuse have now assumed global dimensions and to curb the growing menace of trafficking in drugs and the spread of drug abuse, some countries like Malaysia and Singapore have laws providing for death penalty and a few offenders have recently been executed in these countries for drug trafficking.

8. Should these be death penalty for rape?

Rape is a heinous crime which not only affect the victim but also the whole society at large. It curtails the freedom of the whole woman community at large. The punishment for rape is provided under Section 376 of IPC which states, “Whoever commits rape shall be punished with imprisonment of either description for a term which shall be not less than 7 years but which may be for life or for a term which may extend to 10 years and shall also be liable to fine.”

At present the maximum imprisonment is for life. The woman organisations are demanding that death penalty should be imposed on the offenders in such offences.

For the purpose of controlling the rape offences, effective enforcement machinery should be evolved.

9. Should death penalty be abolished in India?

In respect of death penalty following suggestions can be given:-

Anaxandrides has said, “It is good to die before one has done anything deserving death.” The death penalty is the end of the life. The judges who are awarding such sentences are doing the acts of the God so they should be very careful. 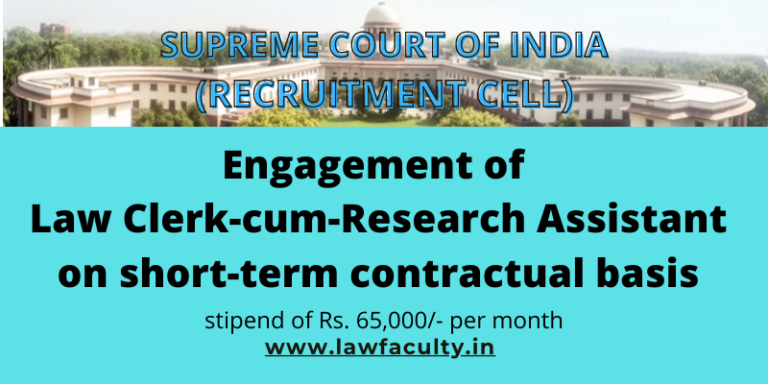