Issues: The issue addressed are as follows: Whether the High Court’s ruling, which reversed the Trial Court’s judgement and determined there was no trademark infringement by the Respondent of the word ‘RENAISSANCE’, just?

b. Whether respondent/defendant’s usage of the trademark was is in accordance with honest practices in industrial or commercial matters under Section 30 (1) of the Trademark Act?

Brief facts : Since 1981 and since 1990 in India, Renaissance Hotel Holdings (the ‘Appellant’) has been a well-known hotel brand and one of the biggest hotel chains in the world. In India, the word ‘RENAISSANCE’ has been registered under Classes 16 and 42. The problem came to light when the appellant discovered that B. Vijaya Sai and Others (the ‘Respondents’) were operating two hotels in Bangalore and Puttaparthi, noting that they had imitated their design, signage, and use of the phrase ‘RENAISSANCE’, under the contested name ‘SAI RENAISSANCE,’ which indicated a relationship both the entities.

In 2009, the Appellant requested, in the District Court, Bangalore for a permanent injunction against the utilization of the allegedly infringing trademark ‘SAI RENAISSANCE’ and any other marks that are confusingly similar to the Appellant’ mark, ‘RENAISSANCE.’ Trial Court: On 21st June 2012, after reviewing the provided evidence and arguments, the court issued a partial decree prohibiting the respondents from using the trademark ‘SAI RENAISSANCE’ or any other trademark that encompasses or otherwise bears a resemblance to the trademark ‘RENAISSANCE,’ as well as from using the same trademark to conduct business like that of the appellant/plaintiff. The court also rejected any claims for damages against the respondents/defendants.

High Court: On 12th April 2019, in response to the respondent’s first appeal, Kerala High Court noted that the plaintiff had not established a reputation abroad to support its argument. Whether or not a trademark is used in India, the idea of trans-border recognition enables the protection of an international trademark there. The court additionally declared that the word ‘SAI RENAISSANCE’ is damaging to its distinctive character because there is a disparity in the quality of the hotels and no evidence to substantiate an unfair competitive advantage.

Arguments: The Appellant argued, among other things, that: Sections 29(1), (2) and (3) of the Trade Marks Act of 1999 ( the Act) state that infringement occurs when the respondent’s mark and services are the same as or relatively close to the appellant’s mark and services, applied to its case. If the competing marks and services are identical, there is a legislative presumption of the probability of confusion under Section 29(3) of the Act; When the High Court denied an injunction, it improperly applied Section 29(4)(c) of the Act. The High Court did not consider Section 29(5) of the Act, which provides for infringement when a respondent uses the infringing mark also as part of its trade name, and the Respondents were using the Impugned Mark as their hotel name. Section 29(4) of the Act is attracted when rival marks are identical or similar but the rival goods or services are not similar; in such a situation, there is a stronger argument for an appellant to establish a reputation in its mark.

Decision: The court ruled in favour of Renaissance Hotel Holdings and stated that the phrases ‘RENAISSANCE’ and ‘SAI RENAISSANCE’ are comparable both visually and phonologically. The bench was comprised of L Nageshwara Rao, BR Gavai, and BV Nagarathna. The Supreme court ruled that the appellate court erred in its judgement and lacked sufficient cause to overrule the trial court’s order. The quandary of the trademark is identical but not the products and services offered were also addressed by the court. The High Court did not need to intervene in the dispute to assess the character of the trademark because both trademarks, regarding goods and services, had been registered under Classes 16 and 42, according to the court. The High Court missed out on two interpretational principles, which the Supreme Court emphasized, ‘No component of the provision should be interpreted in isolation, and both the textual interpretation and the contextual interpretation must be balanced.’ The High Court has solely taken into account clause (c) of subsection (4) of Section 29 of the aforementioned Act, even though the matter is covered by subsections (5) and (9) of that section. The prerequisites for the benefit under Section 30 of the Act were not taken into account by the inferior court. The court did not take into account how important it is to develop fair business practices. To fulfil the repute of a trademark in India, the court extensively interpreted the use of ‘and’ and ‘or’ in provisions. The Hon’ble Supreme court came to the assessment that the High Court had mistaken in its application of the requirements under S.29(4) of the Act because it had neglected to consider other provisions that applied to the facts of the case at hand as well as other laws. The Supreme Court overruled the High Court’s decision and upheld the Trial Court’s well-supported decision. As a result, it is anticipated that consumers will be confused when a defendant’s trademark is identical to a plaintiff’s registered trademark and their goods or services are the same. A clear breach of section 29 of the Act would exist if the same were done. Further, the court stated that the High Court has failed ‘to take into consideration that to avail the benefit of Section 30 of the Act, apart from establishing that the use of the impugned trade mark was not such as to take unfair advantage of or is detrimental to the distinctive character or repute of the trade mark, it is also necessary to establish that such a use is in accordance with the honest practices in industrial or commercial matters. As such, we have no hesitation to hold that the High Court was not justified in interfering with the well-reasoned order of the trial court.’ 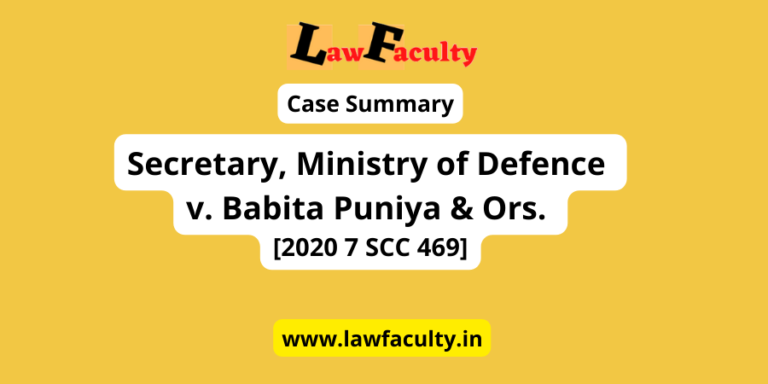