“In this case, the Court considered to what extent could the benefit under the Juvenile Justice Act be extended where the offender was above 16 years and less than 18 years of age on the day the offence was committed.

The Court held that in such a case, even if the accused were guilty, the matter must be remitted to the jurisdictional Juvenile Justice Board.”

Facts of the Case:

In F.I.R. no: 212 of 1998, filed at 11:10 p.m. on July 19, 1998, Ganeshram stated that on July 14, 1998, while walking to his house, he saw Devilal armed with a Kulhari, his son armed with a talvar, and Amritlal armed with a lathi in front of Devilal’s residence. Ganeshram was abused by Devilal, who referred to him as a Chamar and claimed that Chamars had advanced too far. Then Devilal and his son, Amritlal, beat Ganeshram with their Kulahri, Talvar, and lathis, fractured his right hand, cut his right calve, kicked him in the face below both eyes, and the swelling was visible at the time of the report, Ganeshram screamed for help, and his mother Gattubai, wife Sajan Bai, and sister-in-law Saman Bai came out to protect him. While guarding Ganeshram, Saman Bai was struck in the elbow by Devilal’s lathi. Ganeshram’s sister-in-law and Satyanarain then loaded him into a tractor and drove him to the police station to fill out an F.I.R.

Ganeshram died at 1.00 a.m. while being treated at Mandasaur District Hospital while Kothari was completing the legalities.

By its judgement and order dated 01.05.1998, the Trial Court found that the FIR recorded at the instance of the deceased could be relied upon as a dying declaration, Sajjan Bai, Saman Bai, and Laxminarayan, as well as the recoveries at the instances of accused Devilal, Gokul, and AmratRam, proved the prosecution’s case. The prosecution had proved the offence under section 302 read with section 34 IPC, according to the trial court.

The case against Gattubai, on the other hand, was deemed to be unproven, and it was also determined that none of the defendants could be charged with crimes punishable under the SC-ST Act.

The Juvenile Justice Act of 1986 was in effect when the offence was committed in 1998, and it stated that anyone under the age of 16 was deemed a juvenile. Amrat Ram, Devilal’s second son, was 16 years, 11 months, and 26 days old at the time the crime was committed. As a result, he was plainly not a minor under the Juvenile Justice Act of 1986. However, under the requirements of the Juvenile Justice (Care and Protection of Children) Act of 2000, this age was raised to 18. The Supreme Court had ordered the sessions court to investigate and report on the matter of juvenility.

At the commission of crime in 1998, the Juvenile Justice Act 1986 was in force, which stated that any person below the age of 16 was considered a juvenile. The age of Amrat Ram, the second son of Devilal, was 16 years, 11 months and 26 days at the time of commission of the offence. Therefore, he clearly wasn’t a juvenile within the meaning of Juvenile Justice Act 1986. But this age was raised to 18 in terms of provisions of the Juvenile Justice (Care and Protection of Children) Act, 2000. The Supreme Court had directed the sessions court to investigate this issue of juvenility and submit the report.

Arguments and Decision of the Court:

The prosecution showed that Devilal and his two sons were guilty under Sections 302 and 34 of the Indian Penal Code by the decision and order of the trial court (05.01.1999). It’s also worth noting that, despite the alleged caste-based altercation, the court did not find them guilty of crimes punishable under the SC/ST Act. A separate judgement found the appellants guilty of violating Sections 342 and 34 of the IPC and sentenced them to life in prison and a punishment of Rs. 5000/- each.

Later, the appellants filed a Criminal Appeal 700 of 1999 at the High Court, requesting that Dr. Kothari’s medical evidence be considered. They argued that it was exceedingly unlikely that the deceased, Ganeshram, would have given any statements to the police prior to succumbing to the injuries that led to the filing of the FIR in this case. The High Court rejected the appellants contentions and thus upheld Devilal’s conviction and sentence, as well as that of his sons Gokul and Amrat Ram, and dismissed the accused’s Criminal Appeal No. 700 of 1999. This decision was handed out on September 14, 2006.

Furthermore, it was claimed that Amrat Ram, Devilal’s second son, was a minor at the time the crime was committed. The statement of the accused’s juvenility could be presented for the first time before the Court in light of the Hari Ram vs. State of Rajasthan ruling. The Sessions Judge, Neemach, was directed by this Court to conduct an inquiry into this issue of juvenility by order dated 3.10.2018, and it was discovered that the accused, Amrat Ram, was 16 years, 11 months and 26 days old in 1998, and he was found to be a juvenile for the purposes of the Juvenile Justice Act 2000 on the date of the offence.

Because the age of juvenility was raised to 18 years by the Juvenile Justice Act 2000, it was now up for discussion what should be done with the accused’s juvenility. It was noted that, notwithstanding anything in this Act, all proceedings in respect of a juvenile pending in any court on the date on which this Act comes into force, if the court finds that the juvenile has committed an offence, it shall record such finding and, rather than passing any sentence in respect of the juvenile, forward the juvenile to the Board, which shall deal with the juvenile in accordance with the Juvenile Justice Act 2020.

Thus, Amrat must be remitted to the jurisdictional Juvenile Justice Board for determining appropriate quantum of fine that should be levied up on him. 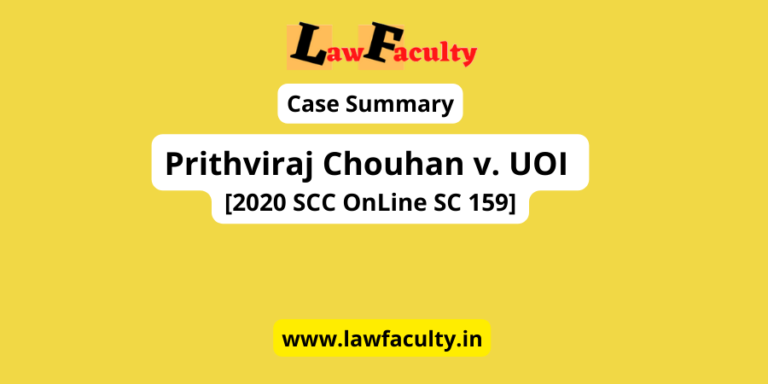