abduction Wrongfully taking away or detaining another person, usually by force or fraud.

abortion The termination of a pregnancy: a miscarriage or the premature expulsion of a fetus from the womb before the normal period of gestation is complete.

It is an offence to induce or attempt to induce an abortion.

absconding The failure of a person to surrender to the custody of a court in order to avoid legal proceedings.

accomplice One who is a party to a crime, either as a principal or as an accessory.

acquittal A decision by a court that a defendant accused of a crime is not guilty.

act of God An event due to natural causes (storms, earthquakes, floods, etc.) so exceptionally severe that no one could reasonably be expected to anticipate or guard against it.

The essential conduct element of a crime that must be proved to secure a conviction (compare mens rea).

In most cases, the actus reus will simply be an act (e.g. appropriation of property is the act of theft) accompanied by specified circumstances (e.g. that the property belongs to another).

In certain cases, the actus reus may simply be a state of affairs rather than an act (e.g. being unfit to drive through drink or drugs when in charge of a motor vehicle on a road).

adjournment The postponement or suspensions of the hearing/session.

adjudication The formal judgment or decision of a court or tribunal.

admonition A reprimand from a judge to a defendant who has been discharged from the further prosecution of an offence.

adverse possession The occupation of land to which another person has title with the intention of possessing it as one’s own.

The adverse possessor must occupy the land as if he were entitled to it to the exclusion of all others. And he must intend to occupy it as his own.

affidavit A sworn written statement of evidence used mainly to support certain applications and, in some circumstances, as evidence in court proceedings.

The person who makes the affidavit must swear or affirm that the contents are true before a person authorized to take oaths in respect of particular kind of affidavit.

affray The offence of using or threatening, other than by words alone, unlawful violence. The conduct must be such as would have caused a reasonable person to fear for his safety, though no such person need be present.

The defendant must intend to use or threaten violence or, alternatively, must be aware that his conduct may be violent or threaten violence. The offence is found in the Public Order Act, 1986, though it can be committed in private as well as in public places.

aid and abet To assist in the performance of a crime either before or during (but not after) its commission. Aiding usually refers to material assistance (e.g. providing tools for the crime).

And abetting to lesser assistance (e.g. acting as a look out or driving a car to the scene of the crime).

Aiders and abettors are liable to be tried as accessories. Mere presence at the scene of a crime is not aiding and abetting the prosecution must prove that the defendant had knowledge that he was assisting the principal in the commission of the crime.

alienation The transfer of property (particularly real property) from one person to another.

amicus curiae   [a friend of the court or tribunal]

A non-party who gives evidence before the court so as to assist it with research, argument, or submissions.

amnesty An act erasing from legal memory some aspect of criminal conduct by an offender. It is most frequently granted to groups of people in respect of political offences and is wider than a pardon, which merely relieves an offender of punishment.

antecedents An accused or convicted person’s previous convictions or history of bad character.

arson The intentional or reckless destruction or damaging of property by fire without a lawful excuse.

asylum Refuge granted to an individual whose extradition is sought by a foreign government or who is fleeing persecution in his native state.

This can include refuge in the territory of a foreign country (territorial asylum) or in a foreign embassy (diplomatic asylum).

audi alteram partem [hear the other side]. No one should be condemned unheard.

In extradition law, the doctrine that offenders must be either punished by the state of refuge or surrendered to the state that can and will punish them.

bail   The  release  by  the  police,  magistrate,  or  court of a person held in legal custody while awaiting trial or appealing against a criminal conviction.

Conditions may be imposed on a person released on bail by the police.

A person granted bail undertakes to pay a specified sum to the court if he fails to appear on the date set by the court.

bailiff An officer of a court concerned with the service of the court processes and the enforcement of its orders, especially warrants of execution authorizing the seizure of the goods of a debtor.

bailment The transfer of the possession of goods by the owner (the bailor) to another (the bailee) for a particular purpose. Examples of bailments are the hiring of goods, the loan of goods. The pledge of goods, and the delivery of goods for carriage, safe custody, or repair or bailment of luggage at the cloak room at the railway station.

bankruptcy The state of a person who has been adjudged by a court to be insolvent.

battery The intentional or reckless application of physical force to another person.

beneficiary One who benefits from a will.

bigamy The act of going through a marriage ceremony with someone when one is already lawfully married to someone else.

burden of proof The duty of a party to litigation to prove a fact or facts in issue, generally the burden of proof falls upon the party who substantially asserts the truth of a particular fact.

The burden of proof lies on prosecution or claimant or plaintiff.

capacity to contract Competence to enter into a legally binding agreement.

The capacity to contract is one of the essential ingredients to enter into a valid contract.

A minor or people of unsound mind have no capacity to enter into a contract.

The contracts with such people are void ab initio.

caveat actor Let the doer be on his guard.

caveat venditor Let the seller be on his guard.

conjugal rights The rights of either spouse of a marriage, which include the right to each other’s consortium company, cohabitation (sexual intercourse), and maintenance during the marriage.

The agreement by contracting parties to identical terms that is necessary for the formation of a legally binding contract.

conspiracy An agreement between two or more people to behave in a manner that will automatically constitute an offence by at least one of them (e.g. two people agree that one of them shall steal while the other waits in a getaway car).

Criminal contempt Conduct that obstructs or tends to obstruct proper administration of justice.

contributory negligence A person’s carelessness for his own safety or interests, which contributes materially to damages suffered by him as a result partly of his own fault and partly of the fault of another person or persons.

Thus careless driving, knowingly traveling with a drunken driver, and failure to wear a seat belt are common forms of contributory negligence in highway accidents.

countermand To countermand an order, i.e., to say that an order must not be carried out.

coup Rapid change of government which removes one government by force and replaces it by another.

Existing as a matter of fact rather than of right.

As prime minister of India is the de facto head of the government though the President is the de jure or nominal or titular head of the state.

defamation The publication of an untrue statement about a person that tends to lower his reputation in the opinion of right thinking members of the community or to make them shun or avoid him. Defamation is usually in words, but pictures, gestures, and other acts can be defamatory.

defendant A person against whom court proceedings are brought.

de jure As a matter of legal right.

delegation The grant of authority to a person to act on behalf of one or more persons, for agreed purposes.

delegates non potest delegare A person to whom something has been delegated cannot  delegate  further, i.e., one to whom powers and duties have been entrusted cannot entrust them to another.

Demagogue Leader who is able to get the support of the people by exciting their feelings and prejudices.

discharge of contract The termination of a contractual obligation. Discharge may take place by:

duress Pressure, especially actual or threatened physical force, put on a person to act in a particular way. Acts carried out under duress usually have no legal effect.

For example, a contract obtained by duress is voidable.

embargo The detention of ships in port—a type of reprisal. Ships of a delinquent state may be prevented from leaving the ports of an injured state in order to compel the delinquent state to make reparation for the wrong done.

embezzlement The dishonest appropriation by an employee of any money or property given to him on behalf of his employer.

estoppel   A rule of evidence or a rule of law that prevents a person from denying the truth of a statement he has made or from denying the existence of facts that he has alleged to exist. The denial must have been acted upon (probably to his disadvantage) by the person who wishes to take advantage of the estoppel or his position must have been altered as a result.

ex gratia Done as a matter of favour. The ex gratia payment is one not required to be made by a legal duty.

ex officio By virtue of holding an office.

The vice President of India is an ex officio chairman of the Rajya Sabha.

The prime minister of India is the ex officio chairman of the Planning Commission.

Describing any legal act, such as a statute, that has retrospective effect.

extradition The surrender by one state to another of a person accused or convicted of committing an offence in the territorial jurisdiction of the latter, which being competent to try and punish him demands his surrender.

Factum probanda  Fact in issue, which is to be proved.

fagrante delicto  In the commission of an offence. 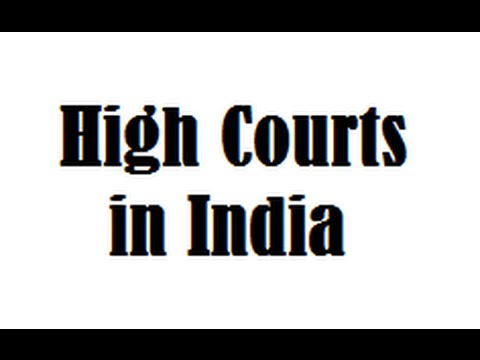