genocide Conduct aimed at the destruction of a national, ethnic, racial, or religious group.

Killing on a massive scale, for example, genocide of the Jews at the hands of Hitler.

Gratuitous Free or with no money being offered.

habeas corpus A prerogative writ used to challenge the validity of a person’s detention, either in official custody (e.g. when held pending deportation or extradition) or in private hands.

hijacking Seizing or exercising control of an aircraft in flight by the use or threat of force.

homicide The act of killing a human being. Crimes of homicide include murder, manslaughter, and infanticide.

Horse-trading Bargaining between political parties or politicians or members of a committee to obtain a general agreement for something.

hostage A person who is held as a security.

hostile witness  An adverse witness who willfully refuses to testify truthfully on behalf of the party who called him. A hostile witness may, with the permission of the court, be cross-examined by that party and have put to him a previous statement that is inconsistent with his present testimony. Under the Criminal Justice Act, 2003, where the witness admits taking a previous inconsistent statement, or his previous inconsistent statement is proved against him, the statement is inadmissible as evidence of any matter stated of which oral evidence by him would be admissible.

The Zahira Sheikh example in Best Bakery Case related to the Godhara Riots is a glaring example of hostile witness.

Hypothecation Using property such as securities as collateral for a loan, but not transferring legal ownership to the lender.

ignorantia juris non excusat Ignorance of the law is no excuse, i.e., no defence against criminal or other proceedings arising from its breach.

Impeachment It means accusing a high official like President of India, Judge of the Supreme Court, etc., of disloyally to the country and corruption and trying him in the Parliament according to a procedure set by law.

innuendo In an action for defamation, a statement in which the words may be defamatory as a result of a hidden meaning. The hidden meaning must be capable of being understood from the words themselves by people to whom the statement is published.

Ipso facto   By the very nature of the case; by the mere fact.

Injunction Court order compelling someone to stop doing something or not to do something.

In limine   Initial stage; at the outset.

In prompt In readiness.

Inter alia  Among other things.

Inter se  Among themselves.

In personam A proceeding in which relief is sought against a specific person.

Interim Temporary or not final.

interlocutory During the course of proceedings.

Intestate To die without making a will.

judicial immunity The exemption of a judge or magistrate from personal actions for damages arising from the exercise of his judicial office. The immunity is absolute in respect of all words or actions of the judge while acting within his jurisdiction and extends to acts done without jurisdiction provided that they were done in good faith.

Juror Member of a jury.

Kickback Illegal commission paid to someone who helps in a business deal.

Larceny Crime of stealing goods which belong  to another person.

libel A defamatory statement made in permanent form, such as writing, pictures, or film.

liquidator A person who conducts the winding up of a company. Unless he is the official receiver, he must be a qualified insolvency practitioner.

litigant A person who is a party to a court action (this may include a company or corporation). A litigant may present his case personally to the court.

litigation The taking of legal action by a litigant.

The field of law that is concerned with all contentious matters.

Locus standi   Right of a party to an action to appear and be heard by the court.

maintenance The provision of food, clothing, and other basic necessities of life. A husband or wife is obliged to maintain his or her spouse.

A state of mind usually taken to be equivalent to intention or recklessness; it does not require any hostile attitude.

M’Naughten Rules Rules which a judge applies in deciding if a person charged with a crime is insane.

Mesne profits   The rents and profits which a trespasser has received/made during his occupation of premises which are lost to the actual owner.

mitigation Reduction in the severity of some penalty.

moot A mock trial, often held in university law schools and at the Inns of Court, for student as practice for future advocacy. A hypothetical case is presented to students for preparation and then argued before the judge(s) at the moot. This practice originates in the formal moots held in the medieval Inns of Court, which were considered an essential part of legal education.

mortgage An interest in property created as a form of security for a loan or payment of debt and terminated on payment of the loan or debt. The borrower, who offers the security, is the mortgagor; the lender, who provides the money, is the mortgagee.

motive The purpose behind a course of action. 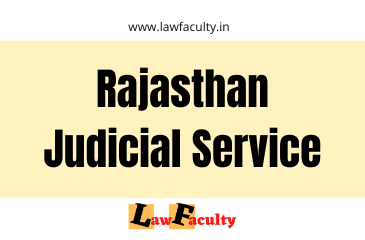