This test involves the intravenous administration of a drug that causes the subject to enter into a hypnotic trance and become less inhibited. The drug-induced hypnotic stage is useful for investigators since it makes the subject more likely to divulge information. The drug used for this test is sodium pentothal, higher quantities of which are routinely used for inducing general anaesthesia in surgical procedures.

With the advent of anaesthesia about a century ago, it was observed that during the induction period and particularly during the recovery interval, patients were prone to make extremely naive remarks about personal matters, which, in their normal state, would never have revealed.

Dr. Robert E. House, an observant physician practising in Ferris, Texas, believed that a drug combination which was so effective in the removal of ordinary restraints and which produced such utter candor, might be of value in obtaining factual information from persons who were thought to be lying.

Section 161: (1): Any police officer making an investigation under this Chapter may examine orally any person supposed to be acquainted with the facts and circumstances of the case. (2) Such person shall be bound to answer truly all questions relating to such case put to him by such officer, other than questions the answers to which would have a tendency to expose him to a criminal charge or to a penalty or forfeiture.

Therefore the `right against self-incrimination\’ protects persons who have been formally accused as well as those who are examined as suspects in criminal cases. It also extends to cover witnesses who apprehend that their answers could expose them to criminal charges in the ongoing investigation or even in cases other than the one being investigated. Krishna Iyer, J. clarified this position, (1978):

\”The learned Advocate General, influenced by American decisions rightly agreed that in expression Section 161(2) of the Code might cover not merely accusations already registered in police stations but those which are likely to be the basis for exposing a person to a criminal charge.

Indeed, this wider construction, if applicable to Article 20(3), approximates the constitutional clause to the explicit statement of the prohibition in Section 161(2). This latter provision meaningfully uses the expression `expose himself to a criminal charge\’. Obviously, these words mean, not only cases where the person is already exposed to a criminal charge but also instances which will imminently expose him to criminal charges.\”

It was further observed:

\”… `To be a witness against oneself\’ is not confined to the particular offence regarding which the questioning is made but extends to other offences about which the accused has reasonable apprehension of implication from his answer. This conclusion also flows from `tendency to be exposed to a criminal charge\’. A `criminal charge\’ covers any criminal charge then under investigation or trial or which imminently threatens the accused.\”

What constitutes `incrimination\’ for the purpose of Article 20(3)?

We can now examine the various circumstances that could `expose a person to criminal charges\’. The scenario under consideration is one where a person in custody is compelled to reveal information which aids the investigation efforts. The information so revealed can prove to be incriminatory in the following ways:

\”Section 27 provides that when any fact is deposed to as discovered in consequence of information received from a person accused of any offence, in the custody of a police officer, so much of the information, whether it amounts to a confession or not, as relates distinctly to the fact thereby discovered, may be proved. It cannot be disputed that by giving such information the accused furnishes evidence, and therefore is a `witness\’ during the investigation. Unless, however he is `compelled\’ to give the information he cannot be said to be `compelled\’ to be a witness; and so Article 20(3) is not infringed. Compulsion is not however inherent in the receipt of information from an accused person in the custody of a police officer. There may be cases where an accused in custody is compelled to give the information later on sought to be proved under s. 27. There will be other cases where the accused gives the information without any compulsion. Where the accused is compelled to give  information it will be an infringement of Art. 20(3); but there is no such infringement where he gives the information without any compulsion. …\”

Since the majority decision in Kathi Kalu Oghad is the controlling precedent, it will be useful to re- state the two main premises for understanding the scope of `testimonial compulsion\’. The first is that ordinarily it is the oral or written statements which convey the personal knowledge of a person in respect of relevant facts that amount to `personal testimony\’ thereby coming within the prohibition contemplated by Article 20(3). In most cases, such `personal testimony\’ can be readily distinguished from material evidence such as bodily substances and other physical objects. The second premise is that in some cases, oral or written statements can be relied upon but only for the purpose of identification or comparison with facts and materials that are already in the possession of the investigators. The bar of Article 20(3) can be invoked when the statements are likely to lead to incrimination by themselves or `furnish a link in the chain of evidence\’ needed to do so.

It is undeniable that during a narcoanalysis interview, the test subject does lose `awareness of place and passing of time\’. It is also quite evident that all the three impugned techniques can be described as methods of interrogation which impair the test subject\’s `capacity of decision or judgment\’. Going by the language of these principles, we hold that the compulsory administration of the impugned techniques constitutes `cruel, inhuman or degrading treatment\’ in the context of Article 21.

It must be remembered that the law disapproves of involuntary testimony, irrespective of the nature and degree of coercion, threats, fraud or inducement used to elicit the same.

We have also elaborated how the compulsory administration of any of these techniques is an unjustified intrusion into the mental privacy of an individual. It would also amount to `cruel, inhuman or degrading treatment\’ with regard to the language of evolving international human rights norms. Furthermore, placing reliance on the results gathered from these techniques comes into conflict with the `right to fair trial\’. Invocations of a compelling public interest cannot justify the dilution of constitutional rights such as the `right against self-incrimination\’.

In light of these conclusions, we hold that no individual should be forcibly subjected to any of the techniques in question, whether in the context of investigation in criminal cases or otherwise. Doing so would amount to an unwarranted intrusion into personal liberty.

However, we do leave room for the voluntary administration of the impugned techniques in the context of criminal justice, provided that certain safeguards are in place. Even when the subject has given consent to undergo any of these tests, the test results by themselves cannot be admitted as evidence because the subject does not exercise conscious control over the responses during the administration of the test.

However, any information or material that is subsequently discovered with the help of voluntary administered test results can be admitted, in accordance with Section 27 of the Evidence Act, 1872.

The National Human Rights Commission had published `Guidelines for the Administration of Polygraph Test (Lie Detector Test) on an Accused\’ in 2000. These guidelines should be strictly adhered to and similar safeguards should be adopted for conducting the `Narcoanalysis technique\’ and the `Brain Electrical Activation Profile\’ test. The text of these guidelines has been reproduced below:

(i) No Lie Detector Tests should be administered except on the basis of consent of the accused. An option should be given to the accused whether he wishes to avail such test.

(ii) If the accused volunteers for a Lie Detector Test, he should be given access to a lawyer and the physical, emotional and legal implication of such a test should be explained to him by the police and his lawyer.

(iv) During the hearing before the Magistrate, the person alleged to have agreed should be duly represented by a lawyer.

(v) At the hearing, the person in question should also be told in clear terms that the statement that is made shall not be a `confessional\’ statement to the Magistrate but will have the status of a statement made to the police.

(vi) The Magistrate shall consider all factors relating to the detention including the length of detention and the nature of the interrogation.

(vii) The actual recording of the Lie Detector Test shall be done by an independent agency (such as a hospital) and conducted in the presence of a lawyer. 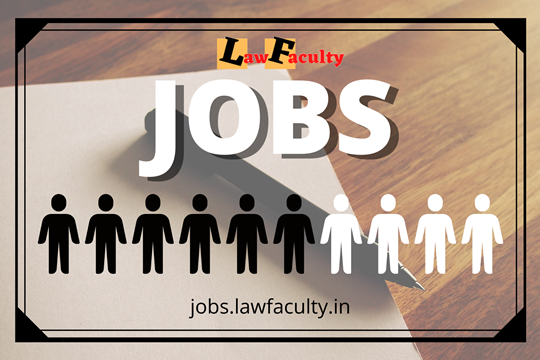