The Presidential assent to the  aforesaid Amendment  followed on  12.01.2012 and the said Amendment  was  published  in  the  Official  Gazette  of  India  on  13.01.2012, coming into force with effect from 15.02.2012. The important question raised in these petitions and decided by a division bench of the Gujarat High Court by the impugned judgment dated 22.04.2013 is whether Part IXB is non-est for want of ratification by half of the States under the proviso to Article 368(2).

ARGUMENTS ON BEHALF OF ATTORNEY GENERAL OF INDIA

ARGUMENTS ON BEHALF OF RESPONDENTS

OBSERVATIONS OF THE HON’BLE SUPREME COURT

Though, undoubtedly, the Constitution exhibits supremacy of Parliament over the State Legislatures, yet the principle of federal supremacy laid down in Article 246 of the Constitution cannot be resorted to unless there is an irreconcilable direct conflict between the entries in the Union and the State Lists.

Thus, there is no quarrel with the  broad proposition that under the  Constitution there is a clear demarcation of legislative powers between the Union and the States and they have to confine themselves within the field entrusted to them. It may also be borne in mind that the function of the lists is not to confer powers; they merely demarcate the legislative field.

So far as co-operative societies are concerned, it can be seen that it is entirely  a matter for the States to legislate upon, being the last subject matter mentioned in Entry 32 List II. It is important to note that Entry 43 of List I, which deals with incorporation, regulation and winding up of trading corporations including banking, insurance and financial corporations expressly excludes co-operative societies from its ambit. Entry 44 List I, which is wider than Entry 43 in that it is not limited to trading corporations, speaks of corporations with objects not confined to one State. Thus, on a reading of these entries, it comes out that Multi State  Co-operative Societies with objects not confined to one state, the legislative power would be that of the Union of India which is contained in Entry 44 List I.

NO OVERLAPPING ON SUBJECT “COOPERATIVE SOCIETIES”

It may safely be concluded that there is no overlap and hence, there is no need to apply the federal supremacy principle.

PROCEDURAL REQUIREMENT OF RATIFICATION UNDER PROVISO TO ARTICLE 368(2)

If the subject matter of an amendment falls within the proviso, then the additional procedural requirement is that such amendment shall also be required to be ratified by the legislatures of not less than one half of the States by resolution to that effect passed by those legislatures before the bill making provision for such amendment is presented to the President for assent.

Unlike the 73rd and 74th Constitution Amendments Acts, which inserted Part IX dealing with Panchayats and Part IXA dealing with Municipalities, which amendments were also ratified by not less than one half of the States, the 97th Amendment which inserts the chapter dealing with co-operative societies has not been so ratified.

It is undisputed that the proviso to clause (2) of Article 368 is attracted, requiring ratification by the specified number of State Legislatures before presentation of the Bill seeking to make the constitutional amendment to the President for his assent.

In a recent decision, namely, Dr. Jaishri Laxmanrao Patil v. Chief Minister  and Ors., 2021 SC, the 102nd Amendment Act was challenged, inter alia, on the ground that not being ratified by at least half of the States, the Constitutional Amendment was infirm. The 102nd Amendment was found not contrary to or violative of proviso to Article 368(2) of the Constitution of India. As a result, it was held that the writ petition is without merit.

The “change” spoken about by Article 368 (2) proviso in any provision of the Constitution need not be direct in the sense of adding, subtracting, or modifying the language of the particular Article or provision spoken of in the proviso.  The judgments above referred to speak of a ‘change-in effect’ which would mean a change which, though not in the language of any provision of the Constitution, would yet be a change which would impact a particular article and the principle contained therein in some significant way and would attract the proviso to Article 368(2) and therefore require ratification.

The analysis of Part IXB of the Constitution leads to the result that though Article 246(3) and Entry 32, List II of the 7th Schedule have not been ‘changed’ in letter, yet

the impact upon the aforesaid articles cannot be said to be insignificant. On the contrary, it is clear that by curtailing the width of Entry 32, List II  of  the  7th Schedule, Part IXB seeks to effect a significant change in Article 246(3) read with Entry 32 List II of the 7th Schedule inasmuch as the State’s exclusive power to make laws with regard to the subject of co-operative societies is significantly curtailed, thereby directly impacting the quasi-federal principle contained therein.

Therefore, Part IXB, insofar  as  it  applies  to  co-operative  societies  which  operate within a State, would therefore require ratification  under  both  sub-clauses  (b)  and (c) of the proviso to Article 368(2) of  the  Constitution of  India.  Also, like  the  73rd  and 74th Amendments, the Constitution 97th Amendment Act also required ratification.

In the present case, ratification not having been affected, thereby the Amendment is non-est.

DOES ENACTMENT OF LEGISLATION BY STATES AMOUNTS TO RATIFICATION

It was argued that 17 out  of  28  States  had  enacted  legislations  incorporating provisions of Part IXB, and therefore, they had impliedly accepted the restrictions laid down in the said Part. This argument need not  detain  us  inasmuch  as  the  procedure laid down in Article 368(2) proviso requires ratification of legislatures of one half of the States by resolutions to that effect. This has admittedly not been  done  in  the  present case.

The test of severability as laid down in Kihota hollohan v. Zachilhu & Others 1992 requires the Court to ascertain whether the legislature would at all have enacted the law if the severed part was not the part of the law and whether after severance what survives can stand independently and is workable.

DECISION- It is declared that Part IXB of the Constitution of India is operative only insofar as it concerns multi-State cooperative societies both within the various States and in the Union territories of India. 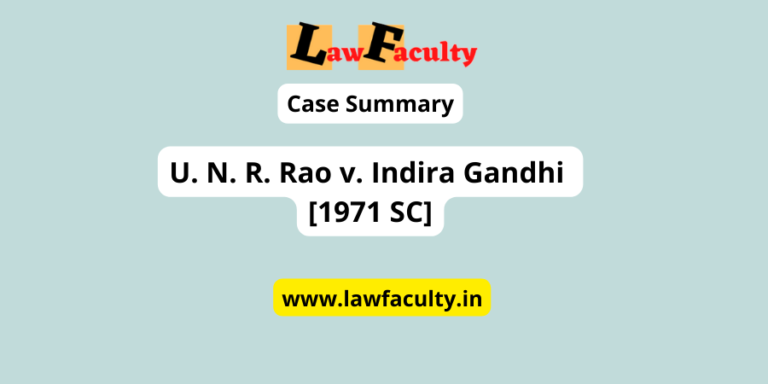 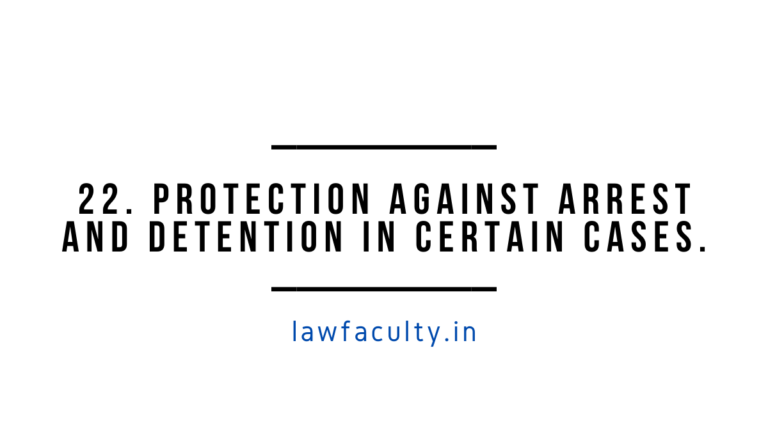