Post-independence, Prevention of Corruption Act 1947, was passed by the Government to combat the prevailing corruption thriving in the administration. The Prevention of Corruption Committee also known as Santhanam Committee constituted in 1963, recommended setting up of a Central Vigilance Commission to scrutinise the governmental activities. This was in response to the increasing misuse of powers by the political figures and governmental entities, with an aim to ensure their proper functioning.

The Corruption Perception Index 2020 released by Transparency International, ranks India as the 86th least corrupt country out of the bunch total of 180 countries, which was 80th in 2019. The statistics, clearly depict the picture of the existing corruption, mainly attributed to the governmental and corporal entities. This highlights the importance of a centrally coordinated statutory authority in the form of the Central Vigilance Commission keeping a check on the officials and their activities, thereby contributing to good governance.

The Commission was granted with the statutory status by the ordinance of 1998 that turned into Central Vigilance Act, 2003. It extended the scope of powers exercised by the Commission and made it a supervisory authority to the CBI.

Section 3 of the CVC Act, 2003 provides for the structure of the Commission. It is chaired by a Central Vigilance Commissioner who is assisted by two other Vigilance Commissioners as the members. The chairperson and the members should either have held a civil post in the Union or a position in the government-owned or controlled corporation. The person to be appointed should have expertise in the matters of banking, finance, investigations and administrations. A Secretary may be appointed by the Government if the Commission specifies the need for it by such a regulation.

The appointments to the Commission (Section 4) are made by the President on the recommendations of a committee comprising the Prime Minister acting as the chairperson and the Home Minister and the Leader of Opposition as the members. If in case the House lacks such a leader, then the leader of the largest group in the opposition would be deemed as the member of the Committee. The section further provides that any kind of vacancy in the Committee would not render these appointments invalid.

The President is further authorised, by the virtue of Section 6, to remove the members and the chairperson of the Commission from the office in the cases of insolvency, a conviction in an offence involving moral turpitude, incapability in holding the post or having an additional financial interest or employment. Such removal is based on the grounds of misbehaviour or incapacity proved by the Supreme Court. The employment of the profits or benefits by the members, to their personal interests, arising out of Government contract, of which the members are a part of, would constitute misbehaviour.

The functions and powers of the Commission with respect to CBI and vigilance are envisaged under Section 8 of the Act. It is empowered to supervise the investigations led by the CBI in matters involving the commission of offences under the Prevention of Corruption Act, 1988 or offences committed by public servants under CRPC, 1973. The Commission too can conduct a probe into these matters in case a Government or a State-controlled corporate employee is involved, on a reference made by the Central Government. It is also entitled to investigate into the complaints made against public officials alleging the commission of these offences.

It directs the functioning of the CBI by keeping a close check on the progress of the investigations conducted, thereby ensuring proper discharge of its duties. The Commission is further authorised to monitor the administration of governmental Departments, Ministries and corporations. However, the supervision exercised should not interfere with the administration of these institutions. The Central Government or any of its institutions can refer to the Commission in order to seek its advice over matters financial, banking and administrative matters.

In the case of Sumit Kumar v. State of West Bengal, 1980 AIR 1170, charges were framed by the Enquiry Officer against the appellant, who was a member of Indian Administrative Services. The report was consulted with the State Vigilance Commission. Upon considerations, the Disciplinary Authority( State Government), imposed punishments on the appellant. In an appeal to the Supreme Court, the appellant contended that the ultimate findings and the conviction cannot be based on reports of the Enquiry Officer consulted with the State Vigilance Commission, having no statutory authority.

The Supreme Court held that the punishment imposed on the appellant was based on the findings of the Disciplinary Committee. The mere consultation of the authority with the Vigilance Officer does not render it invalid.

The judgement gathered a plethora of criticisms from the jurists. The jurists were of the opinion that the process of consultation by the State violated the provisions of natural justice. The ultimate findings of the State were influenced by the Vigilance Commission’s opinion which went against the principles of natural justice. The jurists further opined that taking no notice of the findings submitted by the Commission would render the purpose of its establishment meaningless.

In the case of R. S. Nayak vs. A. R. Antulay, 1984 AIR 684, the appellant filed a complaint approved by the sanction of the Governor, against the then Chief Minister of Maharashtra( respondent ). The complaints alleged the respondent to be guilty of misallocation of public funds and corruption. However, the respondent resigned on the same date and continued to serve as an MLA. The respondent contended that a sanction as provided under Section 6 of the PCA, 1947 is necessary to proceed against a public servant.

The two main issues raised in front of the Court were:

Whether an MLA can be called a public servant as under Section 21, IPC?
Whether sanction as provided under Section 6 of the 1947 Act, a necessary requisite to proceed against MLA?
The Supreme Court, by looking at the historical evolution of Section 21 and closely examining the contextual definition of a “public servant”, concluded that an MLA cannot be construed as a public servant. The Court further held that upon resignation from the post of CM, the respondent ceased to be a public servant. The provisions of Section 6 of the 1947 Act cannot be attracted as when the offence was committed, the respondent was a public servant but when the Court was called to take the notice of it, he resigned. The case became a landmark as it was for the first time that an ex-CM was prosecuted on the basis of a private complaint.

The Organisation of Central Vigilance Commission

There are three departments under the commission, given in the table below:

(a) Chief Justice of India

(b) Chief justice of India

4. Who appoints the Central Vigilance Commissioner?

(b) President,  after obtaining the recommendation from a committee consist of Prime Minister of India, Home Minister and Leader of opposition

(d) President, after having consultation with Chief election Commissioner of India

5. Who have the power to remove Central Vigilance Commissioner and other Vigilance commissioners?

(a) President after inquiry report of Supreme Court

(b) Chief Justice of Supreme Court

(c) President on the recommendation of Election Commission.

7. What is the maximum term of Central Vigilance Commissioner and other vigilance commissioners?

8. When was Central Vigilance Commission was set up?

Explanation : Central Vigilance Commission (CVC) was created in 1964 to address governmental corruption, monitoring all vigilance under the central government, and advising various authorities.

9. Which of the following statement is NOT correct about the Central Vigilance Commission of India?

10. Who of the following is not the part of the committee to select the CVC?

11. Which of the following is the function of the CVC?

(a) The Commission is mainly an advisory body and has no adjudicatory functions.
(b) To exercise superintendence over the functions of Delhi special police establishment
(c)To tender advice to the central government and all its authorities on such matters referred to it by them.
(d)All of the above

12. Where is the headquarter of CVC?

13. The office of Central Vigilance Commissioner falls under the ………Ministry.

Explanation: The Central Vigilance Commission is an independent body that is only responsible for the Parliament. So it is not controlled by any Ministry/Department.

22. The Central Vigilance Commissioner may be removed from his office only if he: [UPSC CBI DAPP 2017]
1. engages in any paid employment outside the duties of his office.
2. becomes interested in any contract made on behalf of Government of India and any inquiry has found him guilty by the Supreme Court.
3. has been convicted of an offence involving moral turpitude.
Select the correct answer using the code given below:
(a) 1 only
(b) 1 and 2 only
(c) 2 and 3 only
(d) 1, 2 and 3

23. Who among the following is NOT a part of the Committee which recommends the name for the appointment of Central Vigilance Commissioner?  [UPSC CBI DAPP 2017]
(a) Prime Minister
(b) Chief Justice of India or a Judge of the Supreme Court nominated by him
(c) Union Minister for Home Affairs
(d) The leader of the opposition in the House of the People

24. Which one of the following is NOT included in the functions and powers of the Central Vigilance Commission? [UPSC CBI DAPP 2017] 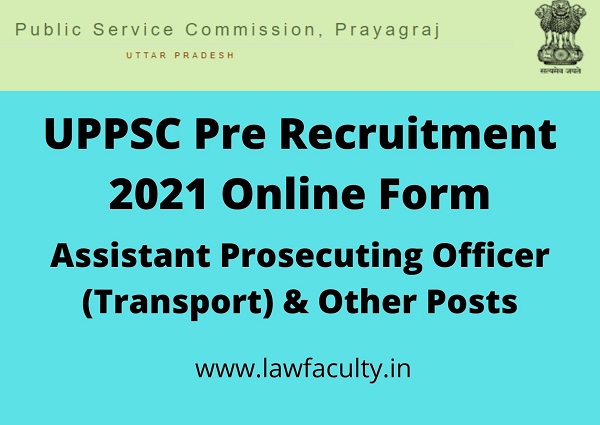 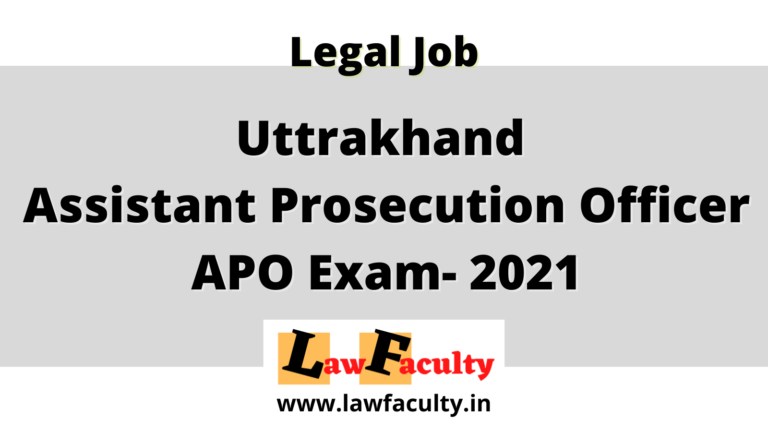 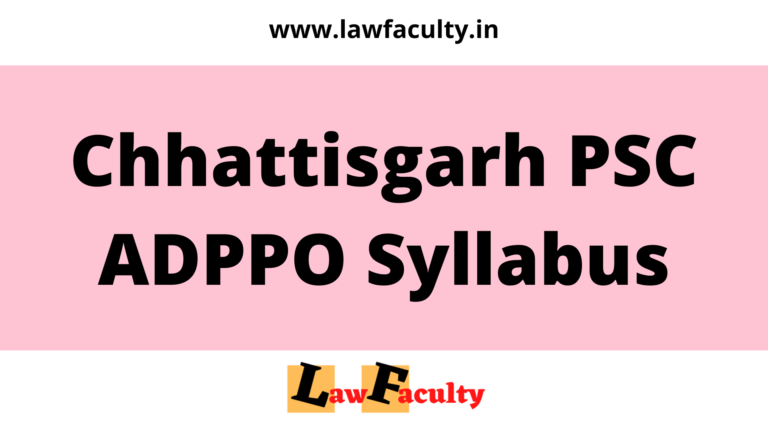